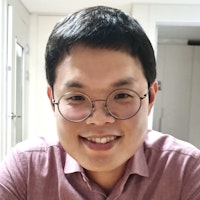 (매니지먼트 아티클) 불편한 질문을 함으로써 팀에게 “Oh shit moment”를 주고 팀원들이 자기 업무에 대해 ownership을 가지게 만들라는 글. 항상 좋게 좋게만 넘어가는 게 능사는 아니고, 적당한 긴장감은 팀에 도움이 되죠.    “When I was hiring my last sales team, a new sales exec showed up on his first day completely unprepared. I took him aside and asked him to explain how he’d prepared for this new job. I kept asking questions to further reveal his lack of preparation. In the end, I said, ’Listen, if you’re not better prepared tomorrow, you’re not going to last until the end of this week.’ I remember seeing a sweat come over him. But what happened next was an incredible turnaround. He had the best second day of anyone in the company. And six months later, when it was time to promote members of the sales team to managerial positions, he was easily the best choice. Early feedback had a huge impact on him. He ended up taking his job far more seriously and became more successful as a result. Embrace the discomfort To be a great manager, you have to get comfortable with allowing your team to take the pressure. Delegating responsibilities is how to grow people and help them learn.”

Why Great Leaders Let Their Team Feel the Pressure